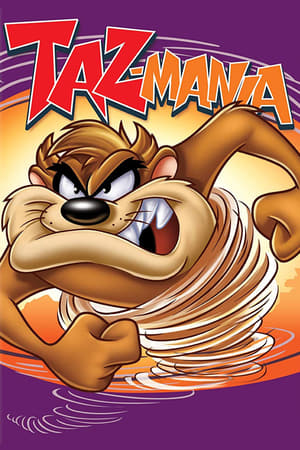 TV Series: Taz-Mania-(1991)[10126] Taz-Mania is an American cartoon sitcom produced by Warner Bros. Animation from 1991 to 1995, broadcast in the United States on Fox and in Canada on Baton Broadcast System. The show follows the adventures of the classic Looney Tunes character, Taz in the fictional land of Tazmania.Similar to other Warner Brothers cartoons of its time, such as Animaniacs and Tiny Toon Adventures, Taz-Mania frequently broke the fourth wall, and often made jokes showing that Taz could actually speak perfectly normal when he wanted to. The intro indicates that, in this rendering of Tasmania, "the sky's always yellow, rain or shine". The title song is performed by Jess Harnell and Jim Cummings.

The Mask The Animated Series

Pinky and the Brain