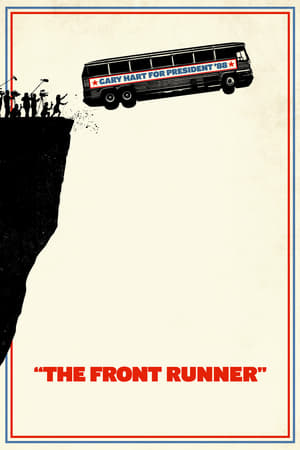 Movie: The-Front-Runner-(2018)[476764] Gary Hart, former Senator of Colorado, becomes the front-runner for the Democratic presidential nomination in 1987. Hart's intelligence, charisma and idealism makes him popular with young voters, leaving him with a seemingly clear path to the White House. All that comes crashing down when allegations of an extramarital affair surface in the media, forcing the candidate to address a scandal that threatens to derail his campaign and personal life.

Written by Stephen Campbell - July 6, 2019
Reasonably well made, but barely scratches the thematic surface This is a circus. The consequences will extend long past my nomination. The consequences will be with us for decades. This grotesque and coordinated character assassination will dissuade competent and good people of all political persuasions from serving our country. Supreme Court nominee Brett Kavanaugh; addressing the United States Senate Committee on the Judiciary in relation to several accusations of sexual assault (September 27, 2018) We're all going to have to seriously question the system for selecti... read the rest.

On the Basis of Sex

If Beale Street Could Talk

The Old Man & the Gun

Can You Ever Forgive Me?