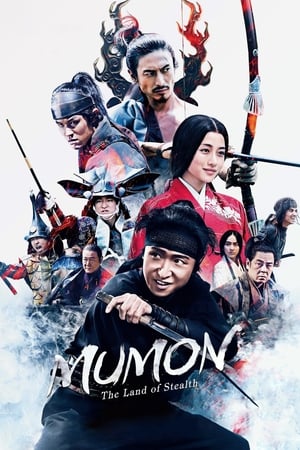 Movie: Mumon:-The-Land-of-Stealth-(2017)[461211] Raised suckling poison arrows among the sparring Iga ninja factions, Mumon (Satoshi Ohno, of idol group Arashi) is a carefree 16th-century mercenary. When the ninja council makes a power play to defeat the young Nobukatsu Oda struggling to step into his father’s warlord shoes as they expand rule across the country, Mumon jumps into the fray to satisfy his new bride Okuni’s (Satomi Ishihara of Shin Godzilla, Attack on Titan) demand that he make good on his promises of wealth. Yet Mumon soon finds what is worth fighting for beyond money or nation. A longtime JAPAN CUTS favorite known for his offbeat dramas, Yoshihiro Nakamura (Fish Story, Golden Slumber) takes on the jidaigeki epic with his signature sense of play featuring a jazzy soundtrack and fantastical ninja tricks. -JAPAN CUTS: Festival of New Japanese Film

The Sheriff In Town