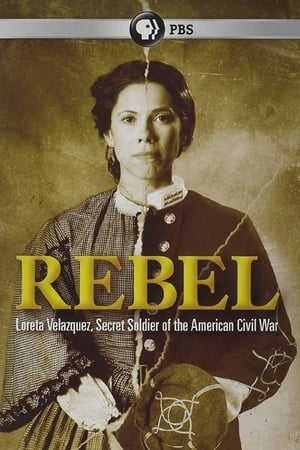 Movie: Rebel:-Loreta-Velazquez,-Secret-Soldier-of-the-American-Civil-War-(2013)[0306079] In 1861, at the outbreak of the American Civil War, a teenager from New Orleans headed to the front lines. Under the alias Harry T. Buford, he fought at First Bull Run, was wounded at Shiloh, and served as a Confederate spy. But Buford harbored a secret-he was really Loreta Velazquez, a Cuban immigrant from New Orleans. By 1863, Velazquez was spying for the Union. She scandalized America when she revealed her story in her 1876 memoir, The Woman in Battle. Attacked not only for her criticism of war, but her sexuality and social rule-breaking, Velazquez was dismissed as a hoax for 150 years. But evidence confirms she existed, one of over 1,000 women soldiers who served in the Civil War. What made her so dangerous she was erased from history?