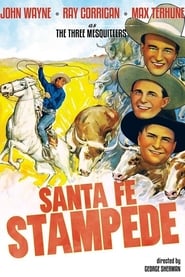 Movie Plot : The Mesquiteers capture a horse thief who escapes justice through a crooked judge. They gather signatures urging the governor to investigate but a friend with the petition is murdered. Stony is accused.